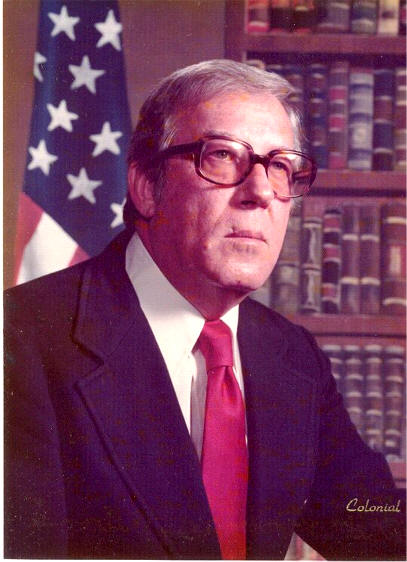 Mr. Bill Sierke was working with the National Headquarters

In 1946, our grandfather and father started "Trans-Sphere Trading Corporation" a traditional Import/Export Company. During the '50's, largely due to the many ornamental nurseries in our area, we began specializing in horticultural products. We initially began importing peat moss by the shipload from the bogs in Germany for the ornamental growers in the Southeast for use as an artificial soil medium

The strength of this expanding horticultural market led us to seek out additional related products... reed mats from Austria were used for shade house areas to harden off tender plants from the propagation houses before being moved to the open field, kelp meal from Norway was used as a rich source of trace minerals and micronutrients, burlap and pinning nails were imported for use in ball and burlap preparation of field grown stock for market.

Company History - Gothic Arch Greenhouses Working closely with the various State Agricultural Extension Services put us in contact with the State Agricultural Colleges. Through this association, we began to recognize the need for a line of affordable, functional, easy to build greenhouses, which would appeal to the hobby market and also to the secondary and post-secondary Vocational-Technical Schools and many other applications throughout the country.

So we began experimenting with various styles of greenhouse designs and materials. Over time, we finally settled on the Gothic Arch style Wm. T. Sierke - Co-Founder because of its strength, good looks and optimum light and heat transmitting properties, and for its ease of construction.

Gothic Arch Greenhouses Our first effort at the Gothic Arch was a very inexpensive hobby size structure made from a light-weight frame of thin plywood strips and covered with a short-lived poly-film plastic. We really liked the gothic design but in order to offer a more substantial, durable product, we enhanced and strengthened the framing from plywood, to long-lived, energy efficient redwood. We also increased the size of the framing to accommodate a rigid plastic cover. We adapted the small hobby size units to appeal to a broader market base.

Our greenhouses are no longer constructed from redwood, because it is such an endangered resource. We now offer heart cypress for our framing, which is locally produced and plentiful. 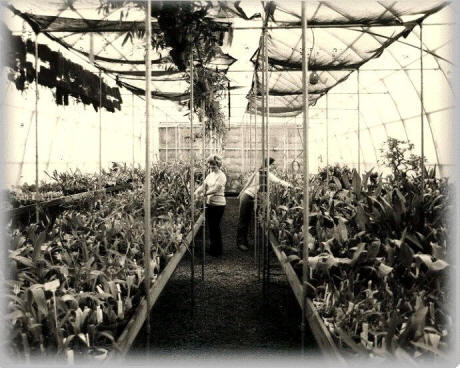 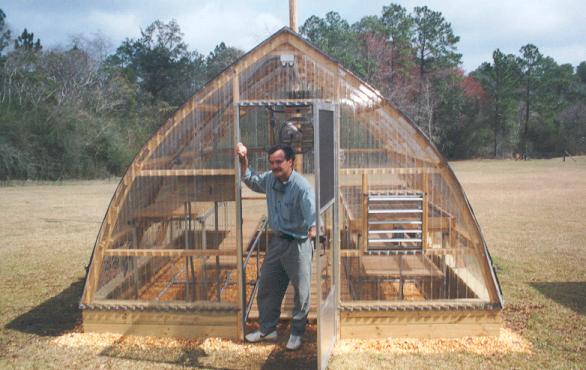